Founded in Guangzhou in 1986, White Horse Advertisement Agency became the leading private-owned 4A Advertising company in China for the next two decades. Having serviced 7600+ brands by 6000+ clients from 23 industries in total, and produced close to a thousand television commercial productions on film for over 300 clients, White Horse was behind the rise of China's many most well-known brands, such as Apollo, Jianlibao, Hongtashan, China Unicom, etc. Being the first Chinese native agency in history to win the CLIO Awards – the Oscars for design and advertising, White Horse Advertising Agency was recognized as the talent house of China's advertising industry, hence the company's annual brand outlook book White Horse Advertisement Views became the unofficial industry white book for Chinese advertising talents.

Ranked as one of the top three creative agencies nationwide and the market leader in Southern China, White Horse Advertising earned invitation by the Guangdong State Government and Guangzhou City Government to direct and produce “The Publicity Film for Guangzhou's Bid for the 2010 Asian Games” in 2002, when the city announced it's run for the next Asian Games. In 2004, White Horse Advertising proudly presented the film that seized Guangzhou's win as the host city of the 2010 Asian Games. Up to this day, this film remains an important name card for Guangzhou, and has displayed the unique charisma of this great city to billions of viewers from around the globe.

Headquartered in Guangzhou, the White Horse outdoors media network has 2000+ employees located in 23 first, second and third-tier city branches throughout China. The outdoor media team manage over 65000+ bus shelter billboards, which generate around 1.9 Billion RMB revenue per annum. White Horse Outdoors Media has around 80% market share in China's ‘Big-four' cities - Beijing, Shanghai, Guangzhou and Shenzhen, and is commonly recognized as the market leading in the cities of operation.

about     The Golf Channel of China

March 2021, the Golf Channel signed a 10-year exclusive internet broadcasting rights of Mainland China for the PGA Tour, LPGA Tour, the major tournaments, the Ryder Cup, the Presidents Cup, Tiger Woods Tutorial, the KLPGA Tour and the Asian Tour, etc. The Golf Channel smartphone App and smart television Apk/OTT has over 220k+ downloads, 140k+ subscribed users and 45k daily active users using the app 60+ mins per day. The Golf Channel App has achieved its first-year goal of capturing majority of China's 300k hardcore golfers, and now looking to expand its reach to the 1 million weekly active golfers in its second year, through Golf Channel social media and running the operations of PGA Tour official Chinese website. The Golf Channel also operates and holds IP to some of China's most iconic amateur golf tournaments, such as the Natural Golf Tournament, the Irons Man Tournament and the Irons Tour. 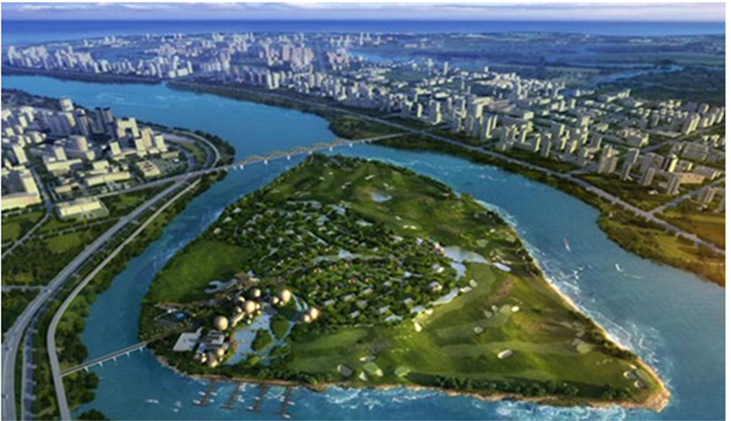 White Horse Group is a diverse company that is involved in more than multi different industries in China and overseas. Apart from the previous core businesses introduced, other main subsidiary businesses include –